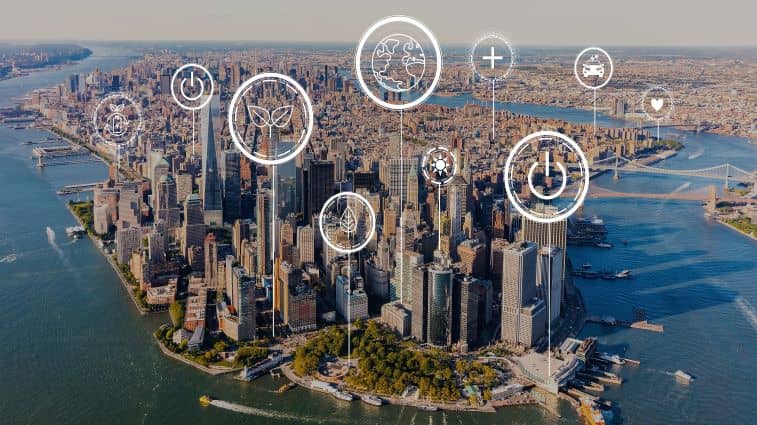 For What It’s Earth

April is celebrated in many parts of the world as Earth Month, leading up to the annual Earth Day celebration on April 22. As one of the leading cities in sustainable construction, New York City continues to expand its policies with exciting proposals that can hopefully serve as models for a greener, cleaner city.

While the NYC Energy Conservation Code was updated as recently as last year, there are still quite a few status updates and exciting developments in the field as-of-late that could have an impact on your projects in the next few years.

In December 2020, the Urban Green Council published its report on New York City’s energy and water usage over the past ten years, since the NYC Benchmarking Law went into effect in 2010.

The good news is, the report states that emissions from over 3,000 regularly benchmarked properties fell by about 22.6 percent, with better energy efficiency responsible for more than one-third of the drop. In addition, since becoming the first U.S. city to collect building data on energy and water usage, New York now has the largest and most comprehensive dataset on the subject in the country.

However, while impressive, acceleration is needed for the city to meet its 2050 goal to decrease emissions by 80 percent (based on 2005 levels). On the bright side, the report states that most properties currently still over the limits only need to reduce emissions by less than 10 percent to fall in a healthy range. Energy Efficiency Grades were established in October 2020 with the hope of increasing transparency and bringing more competitive advantage for those with better grades.

On that note, building owners are reminded that they must complete their 2020 energy consumption benchmarking by June 1, 2021 (formerly May 1, but extended per this Service Notice from the NYC Department of Buildings), which will influence energy efficiency grades for the coming year (last year’s deadline was extended to August due to the pandemic). The NYC Sustainability Center will be offering free weekly refresher courses on benchmarking through April 22, 2021 for assistance. (Decoder also covers some of the basics here.)

The Advanced Building Codes, Appliance and Equipment Efficiency Standards Act of 2021, according to a recent press release, will update the next New York State Energy Conservation Construction Code to increase energy efficiency standards for buildings. This will include requiring energy efficiency and greenhouse gas reduction to be baked into designs from the get-go (along with increasing standards for appliances) lowering energy costs in the process.

By law, New York City’s energy code has to be just as, if not more, stringent than the statewide code, and must go into effect on the same date. However, since the state and city energy codes just updated in 2020, it will be some time before we get all the details on the updates and see them put into action.

Still, with reports saying the updates will save building owners and consumers an estimated $2.5 billion in lifetime savings, as well as 21 million metric tons of carbon emissions, this is exciting progress for green construction!

On March 18, 2021, the City Council passed Intro. 2092, a new bill which requires the Office of Long-Term Planning and Sustainability (OLTPS) to develop guidelines for climate resiliency design for new public city-funded facilities and significant alterations (such as public schools, libraries, infrastructure, and affordable housing) in order for them to better hold up against climate threats like hurricanes and extreme heat.

These guidelines will be established based on a pilot program, projected to start later this year with a variety of public projects spanning every borough.

Considering the city-stalling damage done to New York City by Hurricane Sandy, this is considered by many, including the Real Estate Board of New York and the Waterfront Alliance, to be a welcome initiative.

In addition, the law requires OLTPS to work in conjunction with multiple city agencies, environmental justice organizations with expertise in climate resiliency, and members of the public with expertise in related areas – including architecture and engineering – to come up with a resiliency grading system, similar to the already-established energy efficiency grades, where capital projects above a certain cost threshold would have to meet a minimum resiliency scores and post said score publicly.

These policies are at the forefront of shaping the future of the industry, the City, and the world as a whole. Now is as good a time as any to acknowledge our progress as we continue to look ahead.

If you need assistance navigating benchmarking and other code changes, or want to discuss how to make your project more efficient and sustainable, please reach out to Outsource Consultants. Happy Spring! 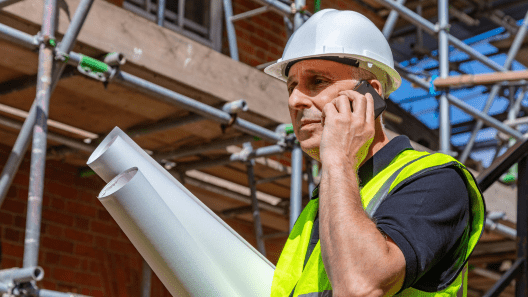 Did the Zero Tolerance safety campaign get the outcome it wanted? What will it mean for the future? 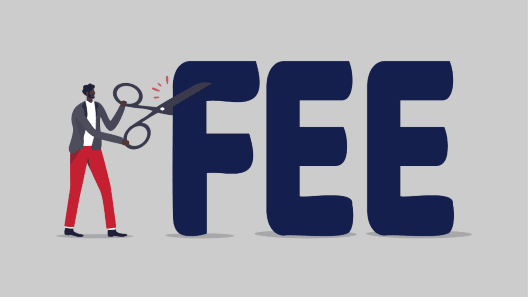 As of September 14, 2021, the NYC Department of Buildings will not require fees... 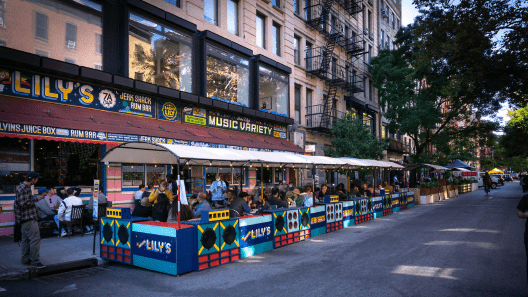 In and Out: Guidelines for Hybrid Office Design

In 2020, we talked quite a bit about what the future of work would look like.

The Results Are In: Safety Sweeps Follow Up
I want to host a large corporate event in NYC and understand I need a TPA. How do I...?
A Brief Reprieve: Fee Waivers for Emergency Flood Damage Work
In and Out: Guidelines for Hybrid Office Design
Don’t Be Alarmed: FDNY Services Go Fully Digital
Rain, Rain, Go Away: Flood-Resilient Construction Post-Hurricane Ida
Overall Overhaul: DOB Website Updates You May Have Missed
What a Permanent Open Streets Program Might Mean for NYC Construction
The Energy Code Performance Pilot Program
Taking Ownership: Updates on the Property Ownership Certification Form
Al Fresco Fiascos: Top 5 Potential Outdoor Dining Violations
File and Waive: DOB Launches New Portal for Façade Penalties
Cash In on Carbon: State Announces Incentives for Low Carbon Multifamily Retrofits
Loosen Up: DOB Rescinds Mask Rules and Other COVID-19 Construction Rules
With propane heating now banned for outdoor dining, what alternatives do I have?
Wheels in Motion: 3 Post-COVID Design Trends From the Penn Station and Port Authority Plans
A New Hurdle for Building Owners: Property Ownership Certification Form
Surprise Inspection: How to Prepare for New Safety Sweeps
It’s Electrifying! New Council Bill Hopes to Limit Use of Gas Heat
A Code of Their Own: NYC DOB Plans to Release Existing Building Code