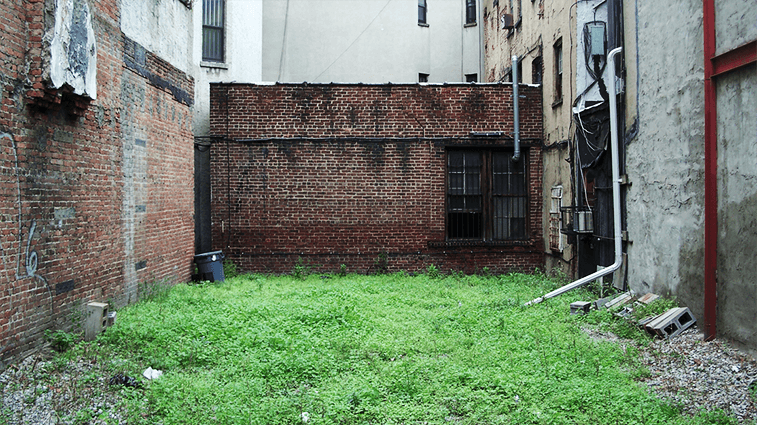 Much hullabaloo was raised by housing advocates when Comptroller Scott Stringer put out a report claiming the HPD was sitting on 1,125 vacant city-owned lots. About half of those are in Brooklyn, 363 in Queens, 112 in the Bronx and 98 in Manhattan. You can see a map of those vacant lots here.

The reality is not all those lots are buildable. What is the difference between a bad lot and one ripe for housing? Read on.

Lots located on hazardous sites, or brownfields, have a little e designation. Development on these lots require an OER letter of approval confirming that the site is safe for development. Many brownfield sites require extensive (and expensive) cleaning projects before the sites can be developed. For this reason, unless the site is in a prime location like Gowanus, developers stay away from brownfield sites.

Shape of the lot

Many city-owned vacant lots are simply oddly-shaped for development. They may be too narrow, triangular or some other shape that limits the scope of development.

Sites lying on hard rock are difficult and expensive to dig foundations.

Vacant lots close to subways require MTA approval. The MTA has to make sure any excavation doesn’t intrude on MTA structures.

Vacant lots on flood zones require approval by a plan examiner. New residential buildings are required to raise habitable floors above flood level. This is costly and cuts into the habitable floor area allowed. Commercial structures in flood zones at floor level have the option to go below flood level if they are dry flood proofed.

As of early 2018, 87 of the city’s 1,125 vacant lots have been scheduled for residential development.

Have a project that needs expediting or code consultation? Contact Outsource Consultants here.