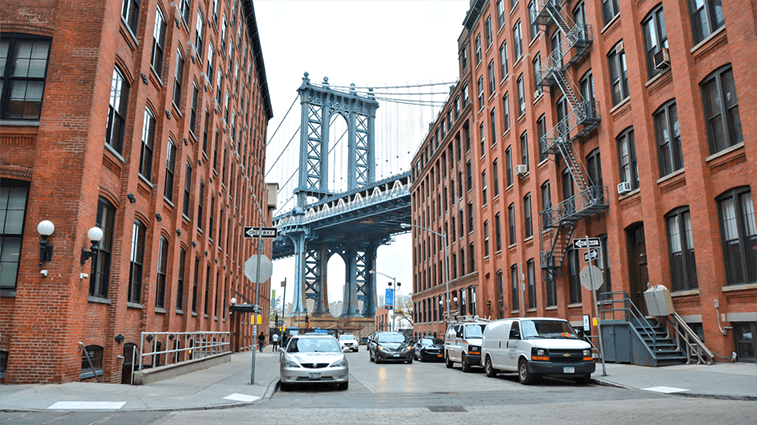 The redevelopment of industrial areas for residential use has been a trend throughout New York City’s recent history. Thirty years ago it was happening in neighborhoods like Soho and Tribeca. Today luxury residential development has expanded to industry parts of Dumbo and North Brooklyn. However, a new residence cannot be established in just any manufacturing district. New residences are only allowed in what are called Special Mixed Use Districts.

There are four manufacturing Special Mix Use Districts:

M1-M Districts: Limited to Chelsea, M1-M Districts may delineate some floor area within an industrial building to residential.

MX districts are governed by Article 12 Chapter 3 of the NYC zoning resolution. See the list of 16 MX districts in Zoning Resolution Section 123-81.

MX-2 is a Special Mixed Use District in Dumbo, Brooklyn. There are several paired districts within MX-2, including M1-5/R9-1. Zoning requires new and enlarged manufacturing buildings in this district to abide by the requirements of the M1-5. Residences can be built in this district as-of-right, but as a R9-1 they must follow the Quality Housing bulk requirements laid out in Section 23-153.

Article 4 Chapter 2 Section 42-02 of the NYC Zoning Resolution permits residential use in contextual districts M1-1D to M1-5D. M1-D districts are Special Districts that allow only limited residential development. They are rarer than MX districts and usually function as a transition to a commercial district.

M1-D districts come with their own residential bulk regulations as laid out in Section 43-61. These bulk rules grant a residential FAR of 1.65, a building height of 32 feet, an equation to calculate the maximum number of dwelling units allowed (total floor area / 675) among other requirements related to side yards, street line distance and more. Parking regulations for M1-D Districts are defined in Section 44-28.

The Zoning Resolution treats M1-6D Districts with more leniency. Section 42-10 allows M1-6D districts to have residences as-of-right and by certification. To qualify, a building in this district must have 40,000 square feet and have existed before April 25, 2011.

M1-6D comes with separate bulk regulations outlined in Section 43-62, allowing a much higher total FAR of 10.0 for non-inclusionary housing areas (9.0 for residential). FAR may be as high as 12.0 for affordable housing.

28th Street between 7th and 8th Avenues is an M1-6D district. Unlike other M1-D districts, the M1-6D doesn’t need City Planning approval and residences can be built as-of-right. Since this district is also an Inclusionary Housing area it is allowed an FAR of 9.0 for residential.

In parts of Chelsea in Manhattan, M1-M districts allow some residential use in industrial buildings. Table II in Article 1 Chapter 5 of the Zoning Resolution provides the breakdown for how much floor area a building must preserve for commercial and manufacturing use. Residences are allowed in M1-M districts as-of-right so long as they abide by Table II. M1-M districts have just two variations, M1-5M and M1-6M.

Questions about the zoning code. Have a project that requires consultation? Contact Outsource here.