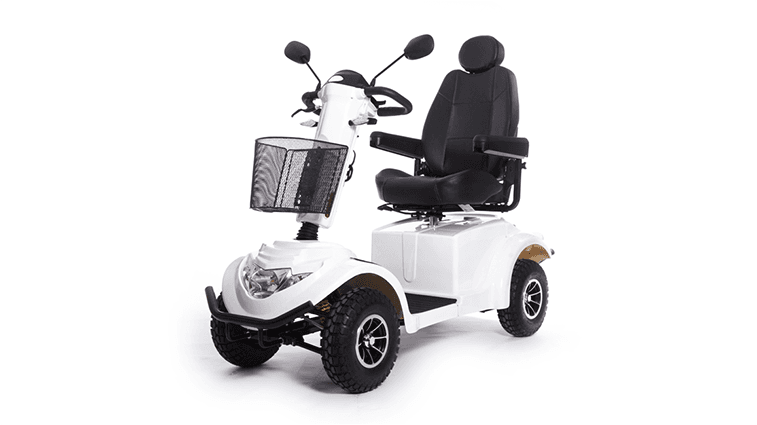 Not So Little Rascals

If you have ever been at home sick watching daytime television, you’ve certainly seen commercials for Rascal scooters and similar devices. These devices are typically larger than a standard wheel chair and may have difficulty maneuvering within a building. With an increase in the average size of Americans and the growing use of larger and bulkier electric scooters, an increase in accessible route dimensions is needed to allow all people to have full access to building features and elements.

In 1992 federal regulators implemented the American’s with Disabilities Act (ADA) which was intended to require buildings to provide access for people having all matters of disabilities. At adoption, scooter use was not considered significant and the required dimensions trended toward the ideal turning space for wheelchair bound occupants. The local and state accessibility regulations followed suit and a turning space diameter of 60 inches has been the norm. Many designer’s now instinctively design their spaces having a 60-inch diameter drafted as a practice of muscle memory, but things are about to change.

To address the increase in scooter use, last year ANSI and the International Code Council (ICC) released the 2017 edition of A117.1, the referenced standard for accessibility in most local and state jurisdictions. When the new standard begins to be implemented, all those in the building industry, will need to collectively reverse and retrain a habit developed over a period of 25 years. While A117.1 does provide allowances for existing buildings to maintain the smaller diameter, it is yet to be seen how localities will address the topic upon adoption, although local agencies appear to be breaking this trend. To date no single state has adopted the new accessibility standard, only a handful of towns, cities, and counties have made the transition. The lack of local adoption may be in response to the new standards most significant change, an increase of seven inches for all turning spaces that are part of an accessible route.

It is unlikely that we will see widespread adoption of the new standard prior to the next International Building Code revision in 2021 which should allow for a suitable time of adjustment. The increased cost on future projects may be significant with these changes and challenges will certainly arise, but impact that it will provide to occupants having physical disabilities in invaluable.

Do you have a question about your little rascal, space or what is planned for 2021? Contact us now. We would be happy to chat with you about it.