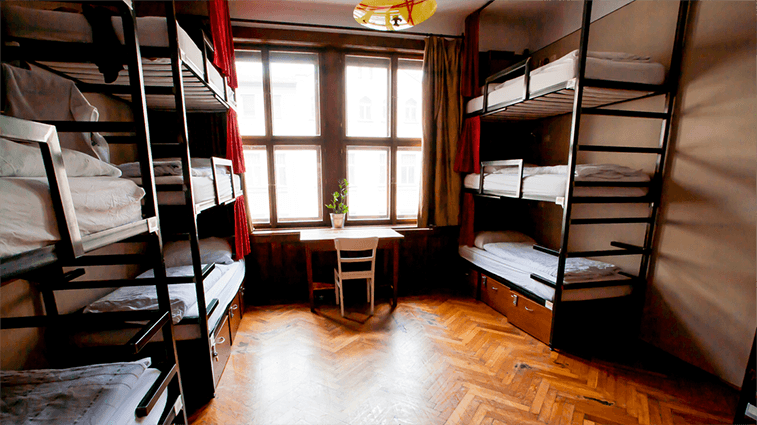 Hostels, those bunked up dormitories filled with weary travelers easily recognized by their Ghostbuster sized backpacks, are common in many European and American cities. In New York City only a handful remain. Is New York City hostile to the hostel?

The major piece of legislation that stamped out hostels was New York State Senate Bill 6873-B, commonly known as the “Illegal Hotels Bill.” The bill is famously cited for making the short-term rentals found on apartment share sites illegal. Perhaps unintendedly, the bill also shut down hostels.

There are no classifications for hostels in Multiple Dwelling Law and the Housing and Maintenance Code. They are not SROs and not quite lodging houses either. Since they are occupied transiently, they fall under Class B Multiple Dwellings and occupancy group R-1, which requires more strict accessibility, egress, fire and life safety standards. Before the Illegal Hotels Bill, the city largely ignored R-2 buildings operating as hostels.

The Illegal Hotels Bill of 2010 stated that building owners “shall obtain a certificate of occupancy for the use of registered dwelling units for other than permanent residence purposes within two years after the effective date of this subdivision.”

For hostels without an R-1 certificate of occupancy, this was the death knell. Hostels had to upgrade fire, life safety, accessibility and egress to occupancy group R-1. Few hostels could afford to pay for the upgrades. Furthermore, hostels were only allowed to exist in commercial districts. Of the 50+ hostels that existed in 2010, few were left after the two year grace period. Hostels either underwent the painstaking upgrades to be classified as R-1 hotels or obtained a special permit to continue operating.

Since 2015, the New York City Council has been sitting on a bill to formally recognize hostels in New York City. The bill intends to amend the Administrative Code to include definitions of a hostel, hostel unit, and bunk bed among other hostel features. Under the proposed bill, multiple dwellings would not be allowed to convert to hostels. Hostels would also have to abide by many of the same fire and life safety standards required of occupancy group R-1.

As there seems to be a market for smaller transient dwellings at lower price points, it’s possible we see the city take a fresh look at hostel.

Developing or building a hotel and need building code or zoning consultation? Or any expediting services. Contact Outsource Consultants here.