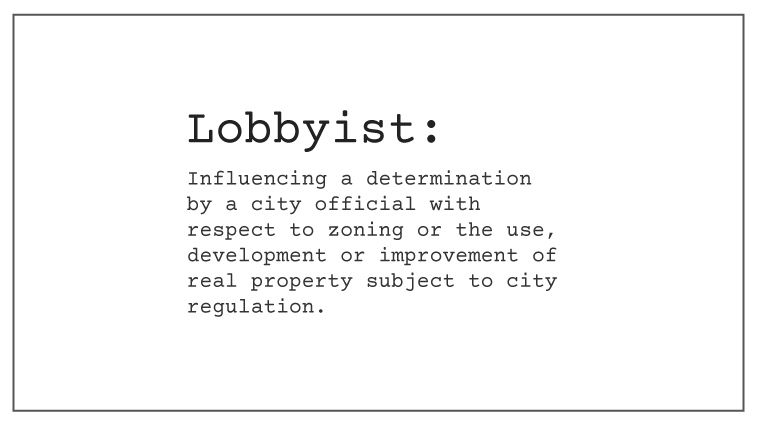 New York City’s Lobbying Law requires lobbyists to register with the city. On June 30, 2016 the city concluded an amnesty program allowing lobbyists to register without penalties. The New York State amnesty has been extended to September 30th, 2016. It’s clear the city wants to enforce lobbying practices, including in real estate and construction.

What is a lobbyist?

A lobbyist is anyone who is part of a lobbying firm retaining clients. The definition of a lobbyist expands beyond the job to include anyone behaving as a lobbyist, including architects, board members and not-for-profits.

Architects and engineers are allowed a threshold of $10,000 in fees annually before they are required to register as a lobbyist (the limit is $5000 for other professions). Lobbyists are required by law to declare their clients, which design professionals don’t like doing for a myriad of reasons.

The city plans to penalize bad actors based on audits and peer complaints. Penalties include the possibility of a cease order and fines up to $30,000.

The City Clerk posted some videos on lobbying  here. The New York City lobbyist application can be found here.

Have a development project that needs consultation or expediting? Contact us.